Exciting news this week is the upcoming launch of the Fox-1A CubeSat on October 8th. The folks at AMSAT have produced a shiny piece of software called FoxTelem that will decode telemetry data that is encoded in the bottom 200 Hz of audio in the FM downlink. They’re encouraging people around the world to give this a go and upload the data they receive to AMSAT’s servers.

The trick with this is that you need to hear the bottom 200 Hz of audio. They warn that most radios filter this out and recommend using an unfiltered connection or an SDR.

I experimentally pointed my Yaesu radio at background noise and checked the demodulated spectrum via the speaker plug. It clearly has some serious filtering going on, with frequencies in the 0–200 Hz range a good 20 dB down from the peak. This sounds fine for voice (and is tolerable for 1200 baud packet) but it’s no good for Fox-1A. 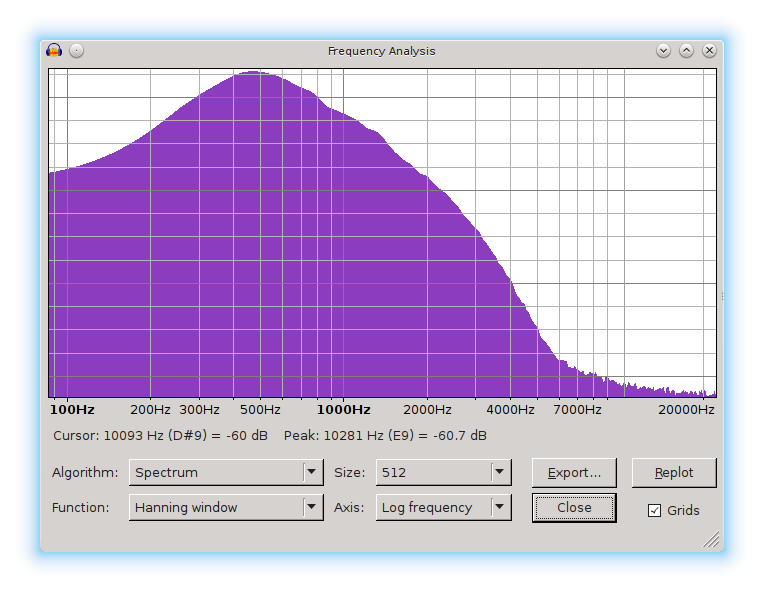 I went digging in the service manual and found Test Point 1024 was connected directly to the discriminator output of the IF stage, prior to all of the AF filtering. 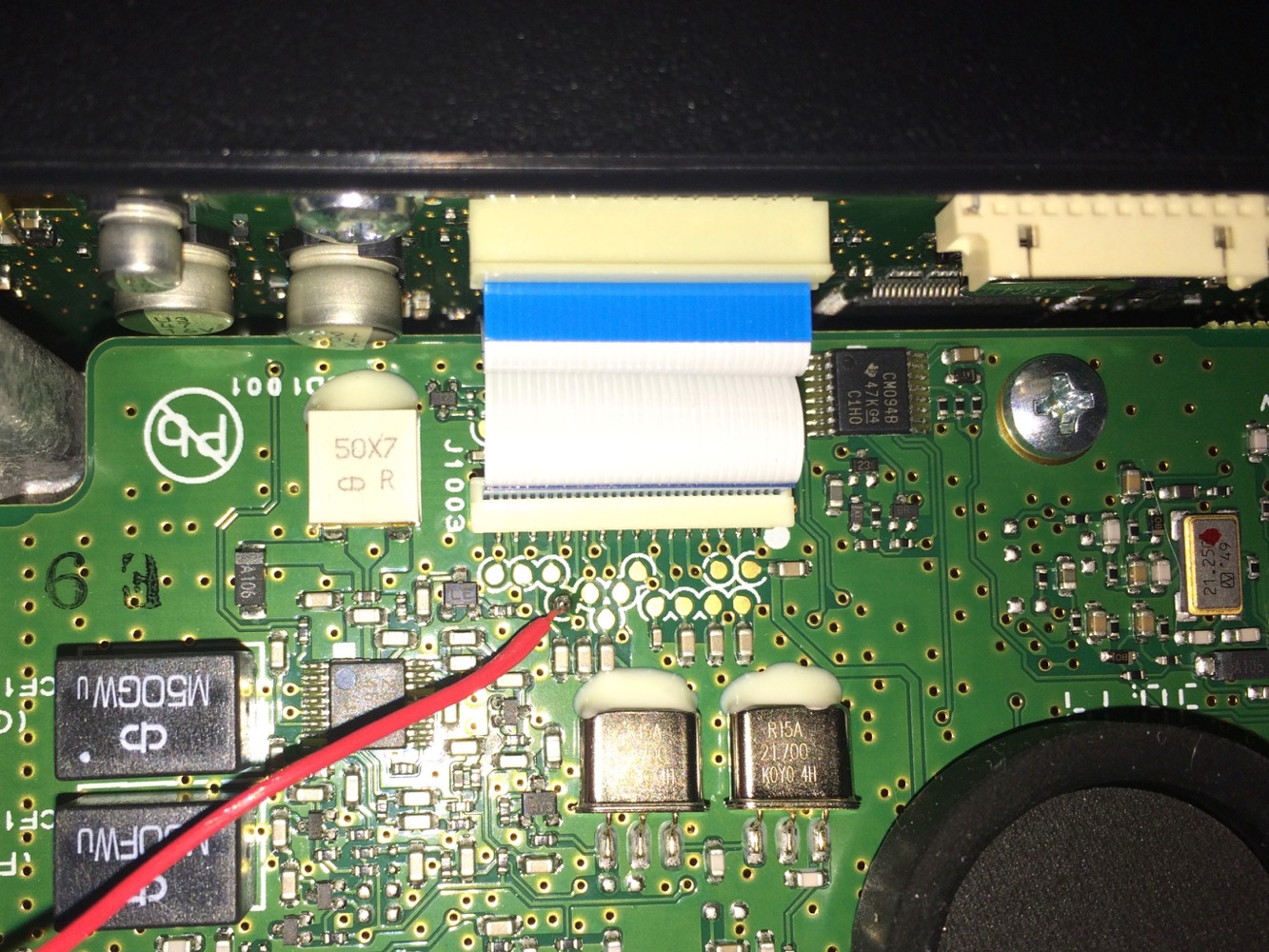 I found a handy ground point all on my own. 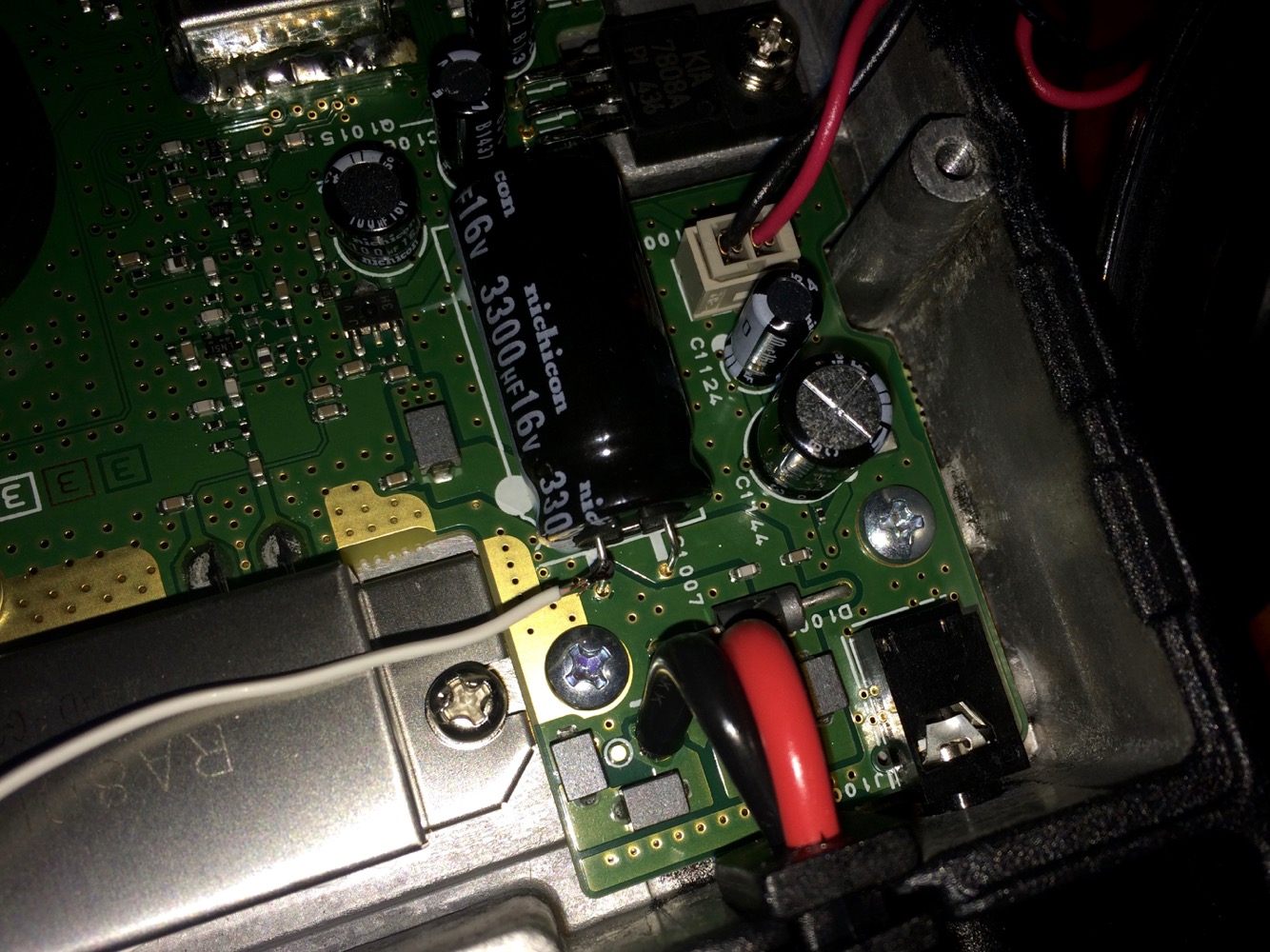 This produced a fairly strong signal—the book says 0.35 Vpp—so I dialed down the gain and checked the spectrum again. Now it looks like this: 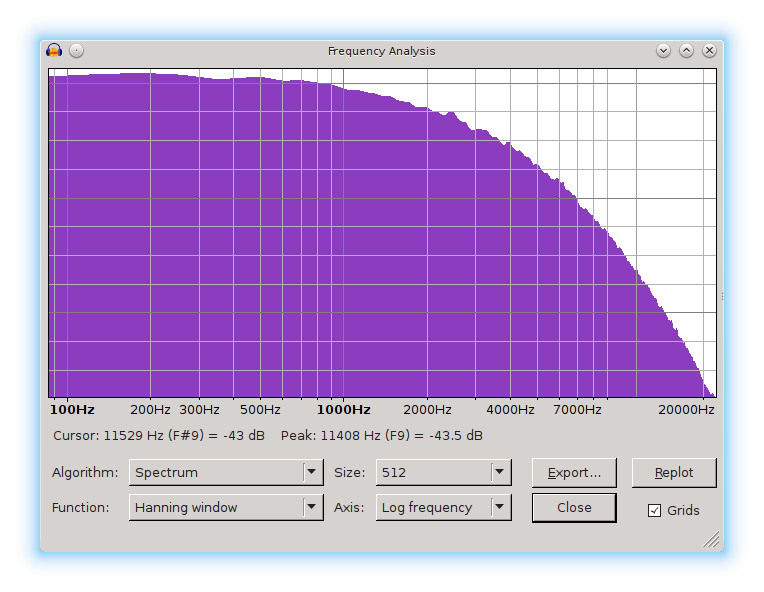 Sadly I don’t yet have appropriate UHF equipment to operate the voice repeater on Fox-1A. At least I can listen to the downlink and record some telemetry. I imagine this will improve my packet reception considerably too.

What was the radio that you adapted? Thanks for posting this. I have made the same modification to the FT736R and assumed it was relatively easy to do with other radios. It is nice to know that is the case. How has reception of Fox-1A been?
73
Chris

Hi Chris, thanks for your work on FoxTelem! The radio is an FT-2900R. I ran it for a number of weeks after the launch before I got distracted and used the radio for terrestrial packet. Even with a relatively poor receive antenna it worked quite well and decoded several hundred packets, some of which would have been unique. At the time I think I was the only receive station in Tasmania for FOX-1A. I will set it up again someday but I have some projects to finish first!