I recently investigated a report of intermittent/borderline WiFi coverage. The building contained seven internal access points broadcasting a 2.4 GHz SSID. The business required decent outdoors coverage to the south as well. There were no external APs but an indoor AP had been installed behind the window near the south-west corner. It’s a little suboptimal but perfectly practical.

Before making any changes I conducted a quick site survey using TamoGraph. (I was using a much better background map including internal details, which I’ve replaced with a crude outline here.) It’s clear from this signal strength heatmap that the signal is there but it’s not brilliant either. 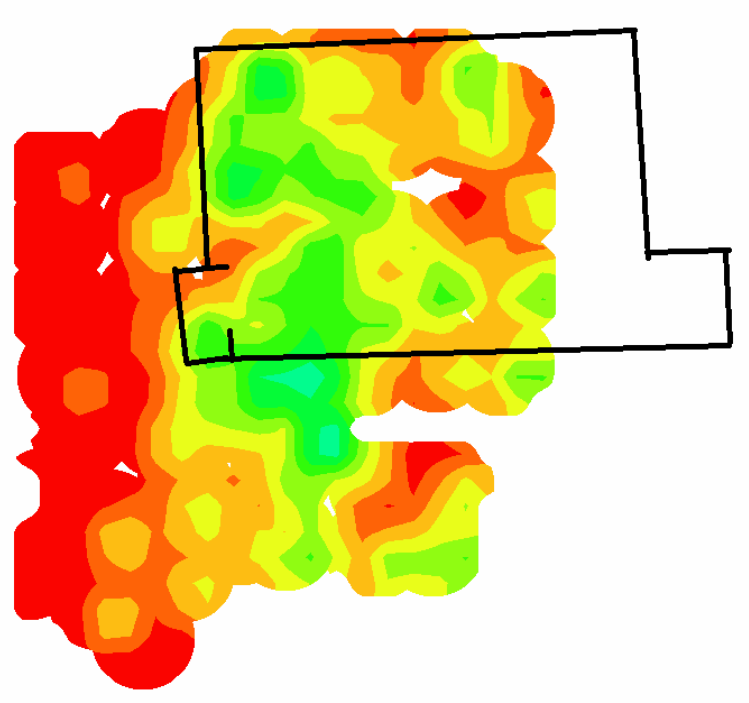 I noticed a few things in the central management tool. All seven APs were turned on and configured for automatic channel and power selection. The good news is they were locked to channels 1, 6 and 11, but this meant they were forced to share channels. The APs detected a lot of neighbouring interference and they had all automatically decreased their power levels to around 5–9 dBm—very much at the low end.

I decided that the building is not really that large and reduced coverage to three APs only, ones that are well spaced around the building. In other words, I reconfigured four of the seven APs to turn off the 2.4 GHz radio completely. After that change, this is what the survey looked like: 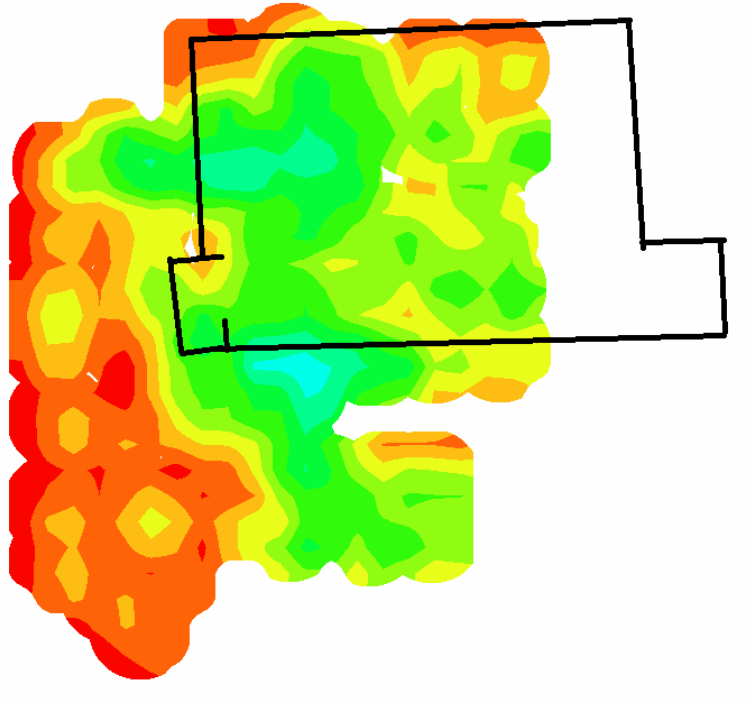 As you can see, signal strength is considerably improved by using fewer APs. I didn’t even need to provide any manual configuration—the three remaining APs quickly allocated themselves channels 1, 6 and 11 and cranked the power up to 15–20 dBm. This penetrated the window much better and provided better outdoor coverage.

Some of the APs were very close together—only 6 metres or so apart. It might make sense in very specific high-density scenarios but not here. It was obviously a past attempt to throw more hardware at the problem. The moral of the story: WiFi is not always improved by adding more access points. This fact is completely unremarkable to any WiFi engineers, but it was nice to get some survey data illustrating the point so clearly.